About the Phoenix Project Foundation 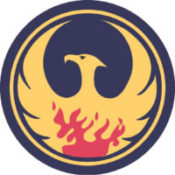 The Phoenix Project Foundation is a non-profit, scientific-educational organization that is focused on helping people to understand the implications of exponential growth; and how it relates the interrelated problems of energy, the economy, the environment, education, foreign policy, molecular biology, photobiology and nanotechnology. The primary emphasis, however, is to have the U.S. rise from the ashes of fossil and nuclear fuels to a Solar Hydrogen Economy with wartime-speed. The Phoenix Project Foundation’s founder and chairman, Harry Braun, first proposed this transition in his congressional campaign against John McCain in 1984, and he has been refining this Phoenix Project plan ever since.

Given the serious nature of the recent financial collapse in the U.S., however, which has spread globally, the economic problems that have resulted from increasing levels of deficit spending, unregulated free markets, sub-prime mortgages and highly leveraged derivatives have now eclipsed all the other problems. In spite of this economic collapse, thus far the only actions have been to borrow — or simply print — over $8 trillion to bailout the financial institutions who created the problems in the first place, and to fund an array of make work programs that have no possibility of generating the millions of private sector jobs and trillions of dollars of wealth that is now needed to restore the U.S. economy.

No one in the federal government or national news media has yet considered using the trillions of dollars to invest in re-industrializing the U.S. around a Solar Hydrogen Economy, which would provide a fundamental and unified solution to the many of the most serious economic, energy, environmental and related health care problems, with technologies that could have been mass-produced in the 1920s.

Because of the Exponential Age in which we live, humanity is rapidly accelerating toward a Utopia of sustainable prosperity without pollution as well as an Oblivion of climate-change induced mass-extinction, which will be inevitable when major food production systems fail. Based on the Phoenix Project book and related technical papers and video productions by Harry Braun, the Phoenix Project Foundation seeks to make people aware that the many of the most serious economic and environmental problems are related to humanities exponentially increasing population and use of fossil and nuclear fuels, which are rapidly diminishing and highly polluting.

Moreover, given the exponential nature of these problems, we are all like passengers on the Titanic, and there is only a limited amount of time left to change course. Few people understand the exponential time of 11:59, but it’s like a car accelerating towards a cliff, after a certain point, it doesn’t mater what the driver does because the force of momentum will propel the vehicle over the cliff. Ships have much more momentum than cars, and global ecosystems have much more momentum than ships, which underscores the sense of urgency to change course now.

However, changing course to false options like corn based ethanol, so-called clean coal or nuclear power waste both time and money, and actually make the environmental and economic problems worse. It’s why it is now imperative that the USA and other countries need to shift to a renewable Solar Hydrogen Economy with wartime-speed (i.e. within a 5-year period), which means there is little or no time for research and development of new and unproven technologies.

This can be accomplished by mass-producing a mix of wind and other solar energy production systems that are no more difficult to build than automobiles. An estimated $5 trillion capital investment would be needed to manufacture and install the 5 million 2 megawatt wind and other solar powered hydrogen production systems that would make the U.S. permanently energy independent of not just imported oil, but all fossil and nuclear fuels. These systems would generate over $1 trillion annually in energy sales, with equipment that will last for centuries and a fuel that is completely non-toxic, pollution-free and inexhaustible.

In addition, rather than waiting for fuel cells or a new generation of hybrid vehicles, the Phoenix Project calls for simply modifying every existing vehicle to use hydrogen as well as gasoline or other hydrocarbon fuels with the flip of a switch. Literally thousands of vehicles were modified in this way in the 1920s and 1930s in Germany and the UK, with conversion kits that were developed by Rudolph Erren, a German automotive engineer. Hydrogen made from water with electricity generated from renewable solar energy technologies is the only carbon-free “universal fuel” that can displace oil and other fossil and nuclear fuels worldwide and be used for existing power plants, ships, trains, and aircraft, or appliances, including a Coleman stove operating on a mountain top.

Hydrogen is a critical chemical feedstock that is already used to make everything from microchips to gasoline, and as BMW has demonstrated for over 30 years, liquid hydrogen provides full-rated power from internal combustion engines; is much safer than gasoline or other hydrocarbon fuels in the event of spills and accidents; and has a storage system that most closely resembles gasoline in terms of a vehicle’s weight and range. Hydrogen can also be stored as a compress gas or as a solid in metal hydrides, and it is highly likely that modified vehicles, homes and refueling stations will use an integrated combination of all three modes of storing hydrogen.

Education is the Key

Once the American public and their elected officials understand how this “transition of substance” will create millions of high-quality jobs and transform America from being largest energy importer to one of the world’s largest energy exporters, which will have a profound impact on the economy, the environment, national security and U.S. foreign policy, the change could easily be implemented within 5 years. In World War II, every industry in America was retooled in less than 12 months because the government and private industry worked together to accomplish a common objective. Wind systems are no more difficult to manufacture than automotive vehicles, and over 15 million new vehicles have typically been sold in the USA each year. Given that 5 million wind systems would power the USA, that means approximately 20 million units could generate enough hydrogen to displace fossil and nuclear fuels worldwide.

If you want to be part of the solution, help initiate this transition to a renewable hydrogen economy for Spaceship Earth by making your friends, your family, and your elected officials aware of our Foundations mission and goals. Tax-deductible contributions are also critically important to help the Foundation in its educational and communication efforts. Take action now while there is still time to make a difference.